A designer can put together text and images in a multitude of ways but the overall goal is to communicate as effectively as possible. Functional design will engage all of the tools in its disposal in order to strike a connection in the psyche of the viewer. You often wonder why the front page of a daily will have a few words with a large image to make a point. This format has largely become the standard and anything that strays from this will not be received well by the readers. 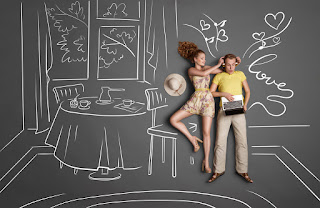 One of the goals of the new age designer is to tell a story. The designer develops a narrative with the use of text and image that convey meaning in the form of symbolism, metaphors and other similar forms.

Text and images form the foundation of graphic design and the job of the freelance graphic designer is to lay it all out before the reader or viewer in such a way that it communicates meaning. In this digital age, people are over flooded with information and adverts and consequently our attention spans have gotten incredibly short. It has never been as crucial as it is today to capture the attention of people in the fastest way possible and this can be achieved with functional graphic design.
Some artists are known for their style and they are commissioned based on that and others will adapt their style to conform to a specific commission.

Posted by Freelance Graphic Designer at 1:00 AM